Mathematicians Are Trying to ‘Hear’ Shapes 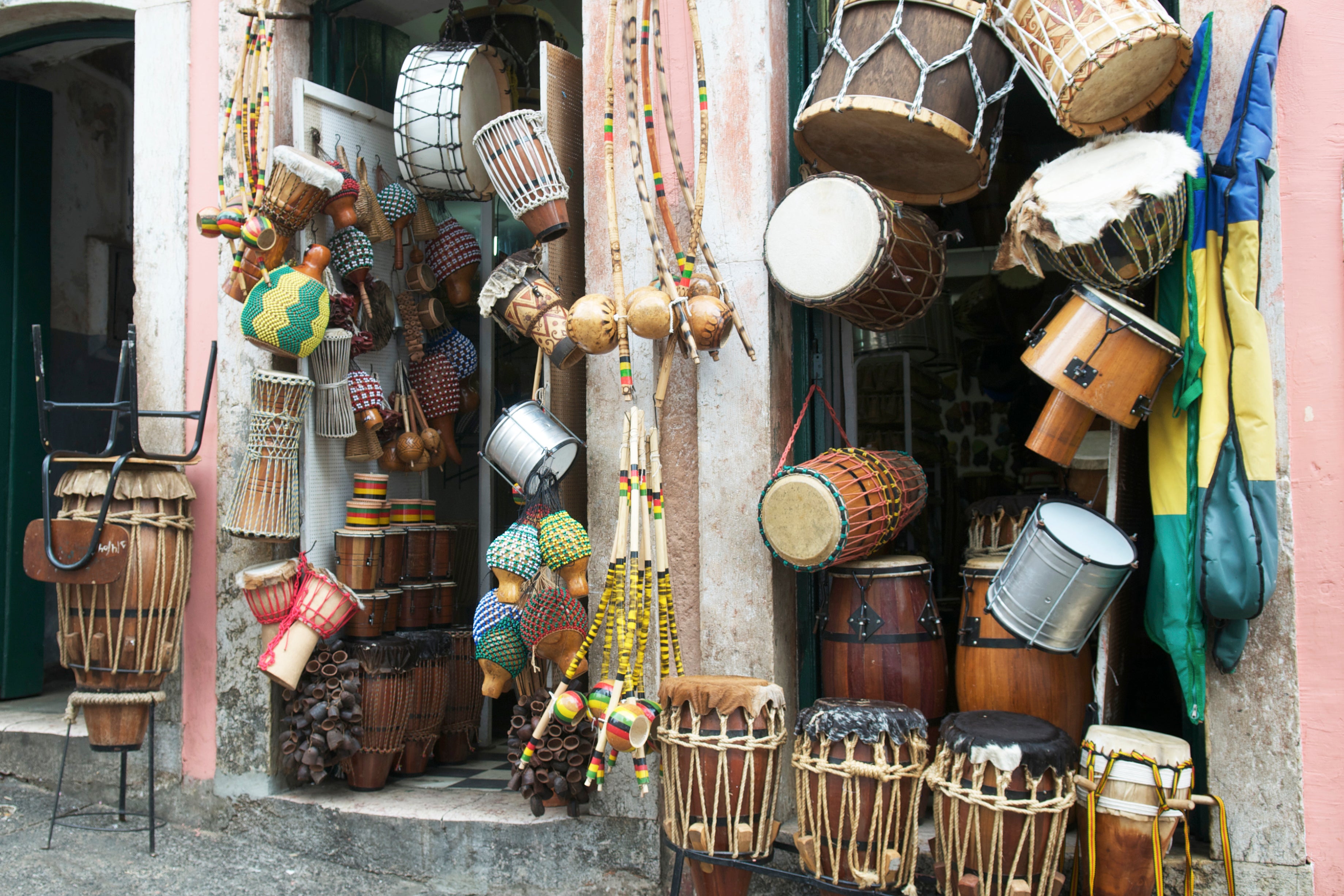 More than 50 years ago Polish-American mathematician Mark Kac popularized a zany but mathematically deep question in his 1966 paper “Can One Hear the Shape of a Drum?” In other words, if you hear someone beat a drum, and you know the frequencies of the sounds it makes, can you work backward to figure out the shape of the drum that created those sounds? Or can more than one drum shape create the exact same set of frequencies?

Kac wasn’t the first person to pose this or related questions, but he garnered considerable attention for the subject. In 1968 he won the Mathematical Association of America’s Chauvenet Prize, which is focused on mathematical exposition, for his 1966 paper. “It’s really well written and very widely accessible,” says Julie Rowlett, a mathematician at Chalmers University of Technology in Sweden.

Kac’s work pushed these problems, which fall into a mathematical field called isospectral geometry, further into the limelight, inspiring researchers to ask similar questions for different shapes and surfaces. Their work ignited an area of research that is still active and growing today.

More than 20 years after Kac’s paper, three mathematicians proved that you can’t actually hear the shape of a drum. The team was able to produce multiple examples of drums with different geometries that created the same frequencies of sounds.

The researchers’ findings began to crystallize in a new way while one of the mathematicians—Carolyn Gordon, now an emeritus professor at Dartmouth College—was on a short visit to Europe. She had traveled to Germany’s Mathematical Research Institute of Oberwolfach, nestled in the Black Forest. Despite all the advantages of sojourning to an “idyllic place where you’re very far from everything,” Gordon says, her time at Oberwolfach “just happened to be the week when things were falling into place” for the team’s research on hearing shapes.

She had been working on related problems for years. Gordon’s doctoral thesis involved studying how to discern “whether two shapes that are presented in a sort of abstract manner” are the same, she says. Through this other research question, she “slipped into” working on the drum problem.

But the institute wasn’t set up for visitors to reach the outside world easily. “There was a phone that you could use at certain hours at night, but you had to wait in line,” Gordon says. “It was challenging to connect, but it was an exciting time.” One of the other mathematicians on her team, David Webb, who is married to Gordon, shares similar memories. “We were trying to settle the question as quickly and efficiently as we could, because the question had been open for quite some time, and we were eager to get something written up in print,” says Webb, now a mathematician at Dartmouth.

A turning point happened when the researchers realized that an example Gordon previously thought wasn’t going to work was just what they needed to show two differently shaped drums that sound identical. “We got ideas for other pairs that were much more complicated. We were making these huge paper constructions” to represent drums of different shapes, and then “trying to smash them,” she says. After creating those paper “monstrosities,” as Webb called them, the mathematicians found out they didn’t work. “And then we went back to the original pair and realized it was fine,” Gordon says.

Effectively, their work had answered a question that earlier researchers considered intractable. In 1882 Arthur Schuster, a German-born British physicist, wrote, “To find out the different tunes sent out by a vibrating system is a problem which may or may not be solvable in certain special cases, but it would baffle the most skilful [sic] mathematician to solve the inverse problem and to find out the shape of a bell by means of the sounds which it is capable of sending out.”

The discovery was a major step but still left many questions unanswered.

The Rule or the Exception

In the past several decades, researchers have solved a host of problems about “hearing” the sounds of shapes.

It turns out you can hear the shape of a triangle, a result first proved in Catherine Durso’s 1988 doctoral thesis for the Massachusetts Institute of Technology. You can also hear the shape of parallelograms and acute trapezoids, according to a 2015 paper by Rowlett and Zhiqin Lu, a mathematician at the University of California, Irvine. Both shapes produce unique sounds. And that paper yielded additional interesting findings, Rowlett explains.

“Let’s say you’re making quadrilateral drums, so four straight edges,” she says. “You would be able to hear a square one. It would sound special. And the same thing for triangle drums: an equilateral triangle drum would sound special, not like any of the others.” Moreover, for any regular polygonal drum—a shape with equal side lengths and equal interior angles—“you would always be able to hear it amongst the others. And I like to think it would sound particularly nice,” Rowlett says.

You can also hear the shape of a truncated cone—that is, a cone that has its pointy tip cut off, researchers reported in the December 2021 issue of Physical Review E. Also in 2021 Rowlett and her colleagues showed that you can discern the shape of a trapezoid from sounds if it isn’t obtuse.

Yet among all the individual results about hearing shapes, a different team of researchers pointed out a gaping unsettled idea: it remains to be seen whether it is generally true that you will be able to discern the outline of a given type of shape or surface from its sounds.

The question of the relationship between a shape and its associated set of frequencies “is far from being closed, from both theoretical and practical perspectives,” researchers wrote in a 2018 paper presented at the IEEE/CVF Conference on Computer Vision and Pattern Recognition. “Specifically, it is not yet certain whether the counterexamples,” such as the case of the drum, “are the rule or the exception. So far, everything points towards the latter.”

Some of the questions concerning “hearing” shapes have taken researchers to places that are challenging to even picture: higher dimensions.

One of Rowlett’s recent preprint papers connects to a problem that was solved way back in 1964 by mathematician John Milnor, now at Stony Brook University. It involves journeying beyond the familiar three dimensions of space to a difficult-to-envision mathematical realm of 16 dimensions.

“We’re thinking about [flat] tori,” Rowlett says. In one dimension, a torus “is just a circle,” she notes. In three dimensions, mathematicians often describe tori as having the shape of a glazed doughnut, though they’re usually only referring to the surface of the sugary delight, not its doughy innards.

But Milnor considered what happens when one listens to the shapes of even more mysterious and abstract surfaces: 16-dimensional tori. He found, basically, that one can’t hear the shape of tori in 16 dimensions.

It might seem odd to jump to the 16th dimension, but there are surprisingly practical reasons for doing so. “The more dimensions you have, the more ways there are for things to be geometrically different,” Rowlett says. Thus, this case was actually “a simple example where it was easy to see” those differences, she notes.

Milnor’s paper, which is just one page long, “inspired Kac to a great extent. So that was a fundamental contribution to getting this field growing,” Rowlett says. But Milnor’s work left open the question of whether one can hear the shape of lower-dimensional flat tori. “What about 15-dimensional—or 14?” Rowlett asks.

Rowlett’s recent preprint paper, which she co-authored with two researchers who were then her students, was motivated by her desire to discover “the tipping point” between when you can and can’t hear the shape of a flat torus. “Three is the magic number,” meaning one can’t hear the shape of tori in four or more dimensions, she says.

But reaching that answer required Rowlett’s team to take a circuitous path. Surprisingly, her then students Erik Nilsson and Felix Rydell discovered that the question had already been answered. But the problem’s solution was buried in work from the 1990s by mathematician Alexander Schiemann.

The connection between Schiemann’s work and the question Rowlett was pondering was so muffled by mathematical differences that it had escaped wider recognition. That is largely because the answer to the question “was published entirely using number theory language,” she says. Key words such as “isospectral” weren’t mentioned. “The paper that proves this mathematically never even mentions the word ‘torus,’” she notes.

Therefore, in their not yet published paper, Rowlett, Nilsson and Rydell provide three mathematical perspectives—analytic, geometric and number theoretical—on the problem Schiemann studied, building bridges that connect the technical aspects of understanding his results from the three mathematical viewpoints.

“People who are interested in these types of problems then have access, as well, to the tools from the different fields,” Rowlett says. Maybe now, when a different team needs to pull out a related result, they won’t have to dig so deep looking for it, she says.

In the late 1800s, when Schuster mused about the immense challenge of determining the shape of a bell by the sounds it emits, microphones were a new technology. More than 130 years later a team of researchers used microphones in a way that might have shocked Schuster. They employed them to show that you can, in a sense, hear the shapes of rooms—specifically convex, polyhedral ones.

Using a few microphones arranged in an arbitrary setup, the researchers’ computer algorithm “reconstructs the full 3D geometry of the room from a single sound emission,” they wrote in a 2013 paper. The scientists noted that their findings could be applied to problems in architectural acoustics, virtual reality, audio forensics, and more.

The landscape of research surrounding hearing different shapes and surfaces has shifted considerably since Schuster’s time. With the continued meeting of mathematical minds from different fields and additional advances in technology, who knows what new sounds and shapes mathematicians will explore in coming decades.

How Water Made Fire in an Indonesian Volcano