In First, Scientists Use CRISPR for Personalized Cancer Treatment 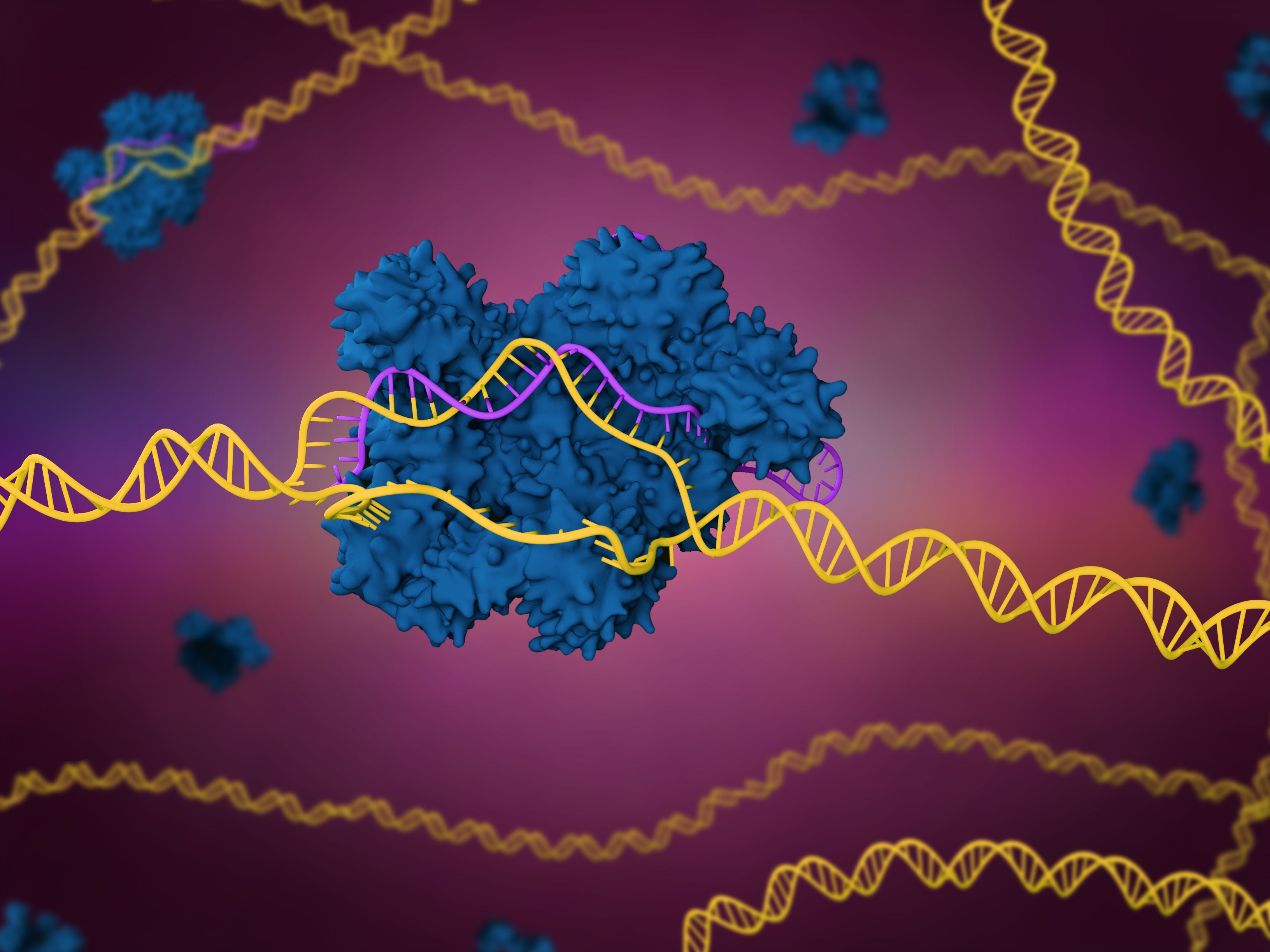 A small clinical trial has shown that researchers can use CRISPR gene editing to alter immune cells so that they will recognize mutated proteins specific to a person’s tumours. Those cells can then be safely set loose in the body to find and destroy their target.

It is the first attempt to combine two hot areas in cancer research: gene editing to create personalized treatments, and engineering immune cells called T cells so as to better target tumours. The approach was tested in 16 people with solid tumours, including in the breast and colon.

“It is probably the most complicated therapy ever attempted in the clinic,” says study co-author Antoni Ribas, a cancer researcher and physician at the University of California, Los Angeles. “We’re trying to make an army out of a patient’s own T cells.”

The results were published inNatureand presented at the Society for Immunotherapy of Cancer meeting in Boston, Massachusetts on 10 November.

Ribas and his colleagues began by sequencing DNA from blood samples and tumour biopsies, to look for mutations that are found in the tumour but not in the blood. This had to be done for each person in the trial. “The mutations are different in every cancer,” says Ribas. “And although there are some shared mutations, they are the minority.”

The researchers then used algorithms to predict which of the mutations were likely to be capable of provoking a response from T cells, a type of white blood cell that patrols the body looking for errant cells. “If [T cells] see something that looks not normal, they kill it,” says Stephanie Mandl, chief scientific officer at PACT Pharma in South San Francisco, California, and a lead author on the study. “But in the patients we see in the clinic with cancer, at some point the immune system kind of lost the battle and the tumour grew.”

After a series of analyses to confirm their findings, validate their predictions and design proteins called T-cell receptors that are capable of recognizing the tumour mutations, the researchers took blood samples from each participant and used CRISPR genome editing to insert the receptors into their T cells. Each participant then had to take medication to reduce the number of immune cells they produced, and the engineered cells were infused.

“This is a tremendously complicated manufacturing process,” says Joseph Fraietta, who designs T-cell cancer therapies at the University of Pennsylvania in Philadelphia. In some cases, the entire procedure took more than a year.

Each of the 16 participants received engineered T cells with up to three different targets. Afterwards, the edited cells were found circulating in their blood, and were present in higher concentrations than non-edited cells near tumours. One month after treatment, five of the participants experienced stable disease, meaning that their tumours had not grown. Only two people experienced side effects that were likely due to the activity of the edited T cells.

Although the efficacy of the treatment was low, the researchers used relatively small doses of T cells to establish the safety of the approach, says Ribas. “We just need to hit it stronger the next time,” he says.

And as researchers develop ways to speed up the therapies’ development, the engineered cells will spend less time being cultured outside of the body and could be more active when they are infused. “The technology will get better and better,” says Fraietta.

Engineered T cells — called CAR T cells — have been approved for the treatment of some blood and lymph cancers, but solid tumours have posed a particular challenge. CAR T cells are effective only against proteins that are expressed on the surface of tumour cells. Such proteins can be found across many blood and lymph cancers, which means there is no need to design new T-cell receptors for each person with cancer.

But common surface proteins have not been found in solid tumours, says Fraietta. And solid tumours provide physical barriers to T cells, which must circulate through the blood, travel to the tumour and then infiltrate it to kill the cancer cells. Tumour cells also sometimes suppress immune responses, both by releasing immune-suppressing chemical signals and by using up the local supply of nutrients to fuel their rapid growth.

“The environment around a tumour is like a sewer,” says Fraietta. “T cells are rendered less functional as soon as they hit the site.”

With this initial proof-of-concept in hand, Mandl and her colleagues hope to be able to engineer T cells not only to recognize cancer mutations, but also to be more active near the tumour. Mandl says there are several potential ways to toughen up T cells, for example by removing the receptors that respond to immunosuppressive signals, or by tweaking their metabolism so that they can more easily find an energy source in the tumour environment.

Such elaborate designs could be feasible thanks to recent technological advances in using CRISPR to edit T cells, says Avery Posey, who studies cell and gene therapies for cancer treatment at the University of Pennsylvania in Philadelphia. “It’s become incredibly efficient,” he says. “We’ll see very sophisticated means of engineering immune cells within the next decade.”

This article is reproduced with permission and wasfirst publishedon November 10 2022.