Good (and Bad) Ways to Help a Dog Afraid of Fireworks 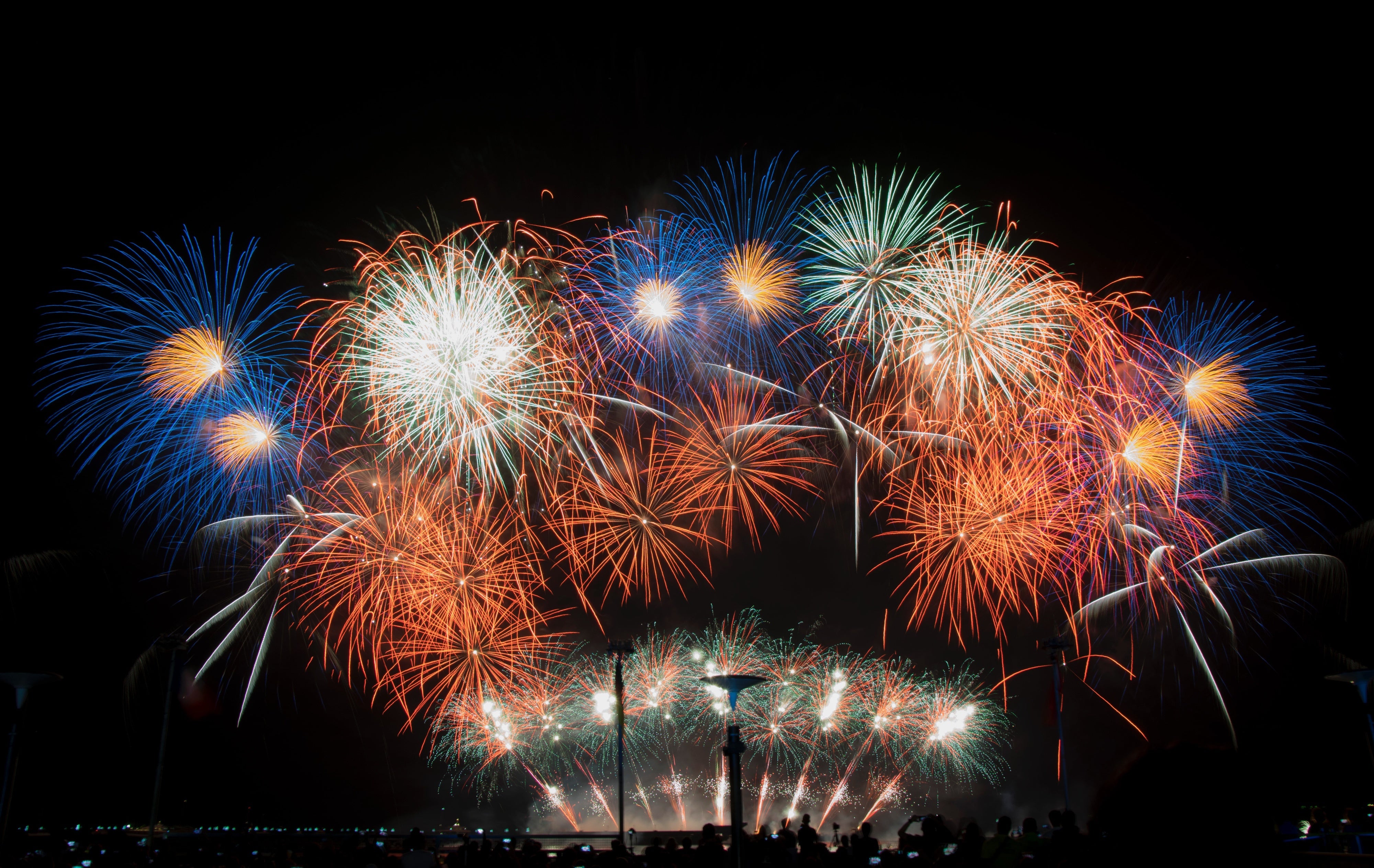 First, let’s get the bad out of the way: trying to help a dog afraid of fireworks by saying, “Johnny (that’s the dog) there will be fireworks tomorrow night. Don’t you go running away at the park like you did last year! That was bad, Johnny. Very bad. So this year, get ahold of yourself!”

Unfortunately, monologues like this won’t make Johnny any more comfortable with this year’s fireworks. Nor will scolding—or in any way punishing—alter Johnny’s behavior for the better or help him push through this difficult situation. And bringing Johnny to fireworks is like putting someone wearing an itty bitty bathing suit outside on a scorching summer day without a drop of sunscreen and saying, “Don’t get sunburned, love!” When it comes to loud noises or sun, avoid this formula: Zero Protection + Massive Exposure = Very Bad Outcome.

Ok, don’t bring Johnny to the park for the loud explosions, check. But what then? How can we help Johnny? While there is not a one-size-fits-all solution, a number of studies point out what to consider when a dog’s not a fan of fireworks.

Try to insulate dogs from the booms outside. This means no backyards and maybe not even free run of the house. Instead, keep the dog in a safe, enclosed area where they cannot hurt themselves if panicked. Think Internal Quiet Zone away from outside walls and windows. In Portland, Oregon at Synergy Behavior Solutions, Valli Parthasarathy—a veterinarian on her way to becoming a board-certified veterinary behavior specialist—hosts a Fourth of July Hideaway for dogs and their people. A quiet, safe space plus a movie! In your home, background noise like TV, fans, or white noise can help mask what’s going on outside.

Does this sound familiar? “You’ll make it worse by trying to comfort Johnny. Ignoring him is your best bet.” If a power-through-it approach speaks to you, consider reconsidering. A number of studies highlight that dogs value social support from owners. Like a child afraid of a loud noise turning and running toward a parent, dogs facing stressful situations have been found to turn to their owners as safe havens.

In a 2013 open access study, Márta Gácsi and colleagues found that when encountering a threatening stranger, the increase in dog heart rate was less pronounced when the dog’s owner was present than when the dog encountered the threatening stranger alone. The researchers’ conclusion: “similar to parents of infants, owners can provide a buffer against stress in dogs…” Being there for your dog can help.

What you do while there can also help. Studies from Isabella Merola and colleagues found that the emotions we display can affect how dogs respond to potentially scary things. In their 2012 studies, one of which is open access, dogs encountered an unfamiliar, strange object that could elicit a mild fear response—an electric fan with plastic green ribbons streaming from it. When encountering the Crazy Green Monster (that’s what I call it), the researchers wanted to know whether dog behavior—their approach to or avoidance of The Monster—was affected by owner behavior—whether the owner behaved in a happy or fearful manner. What owners did mattered. Dogs were more likely to approach the weird object if owners spoke in a happy voice and smiled, seeming to convey, “It’s all good.”

While fireworks—unpredictable and intensely loud noises accompanied by flashes of light—are not necessarily equivalent to a threatening stranger or a weird blowing object, these studies highlight that people can serve as a support for their dogs.

Veterinary behaviorist Melissa Bain comments in a New York Times interview, “You can’t reinforce anxiety by comforting a dog….You won’t make the fear worse. Do what you need to do to help your dog.”

At the same time, it’s not about forcing a dog to get comfort from you. If a dog seeks you out, that’s one thing. If not, don’t push it. Comfort is not achieved through force, and there are many other ways to turn a dog’s frown upside down.

What decreases one dog’s fear may not work for the next, which is why we have reserves! One study found anxiety wraps to be useful for some dogs. Adaptil, a “synthetic pheromone that mimics the pheromone mother dogs emit after giving birth to help their puppies,” has also been found to decrease signs of fear in dogs fearful of fireworks.

Tasty tasty food is an incredible resource because it can help change a dog’s emotional state and thereby change the dog’s outward behavior. Veterinary behaviorist Ilana Reisner gives this great recommendation: “Before the fireworks start, cook up an irresistible food such as chicken breast, special meat or salmon cookies, microwave tiny bits of nitrate-free hot dogs, popcorn. Stock a treat bag. Feed one piece at a time to your dog throughout the fireworks to countercondition and distract. If your dog is willing, make a game of it and ask her sit, down, ‘find it’, shake hands and other distracting cues. Freeze a Kong with kibble mixed with baby food. Feed dinner through the toy.”

A drug approved last May by the FDA for canine noise aversion is also promising. Sileo inhibits the development of fear and anxiety by blocking norepinephrine release, which provides a calming effect without sedation. This drastically contrasts with another drug, acepromazine (Ace for short), which is not recommended. It acts as a tranquilizer and does not alleviate fear or anxiety. “What it does do though, and do well, is make them unable to move and/or exhibit any of the other outward signs of their fear and anxiety. Ace is kind of like a ‘chemical straightjacket’ in these instances,” explains Jason Nicholas of Preventive Vet. Sounds like the perfect nightmare. Medications should always be discussed with a veterinarian.

Dogs don’t mix well with celebratory booms in the sky, but the good news is they don’t have to go it alone. How do you plan to help your dog through the bangs and the booms?

Can Dogs Finally Keep It Together This 4th of July?

Cottam N, Dodman NH, Ha JC (2012) The effectiveness of the Anxiety Wrap in the treatment of canine thunderstorm phobia: An open-label trial. Journal of Veterinary Behavior: Clinical Applications and Research 8, 154-161.

How Water Made Fire in an Indonesian Volcano